How to take an eco-friendly vacation, from longer breaks to less traveled hiking trails 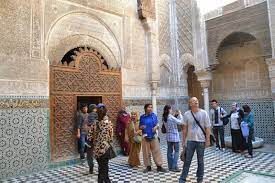 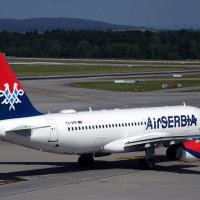 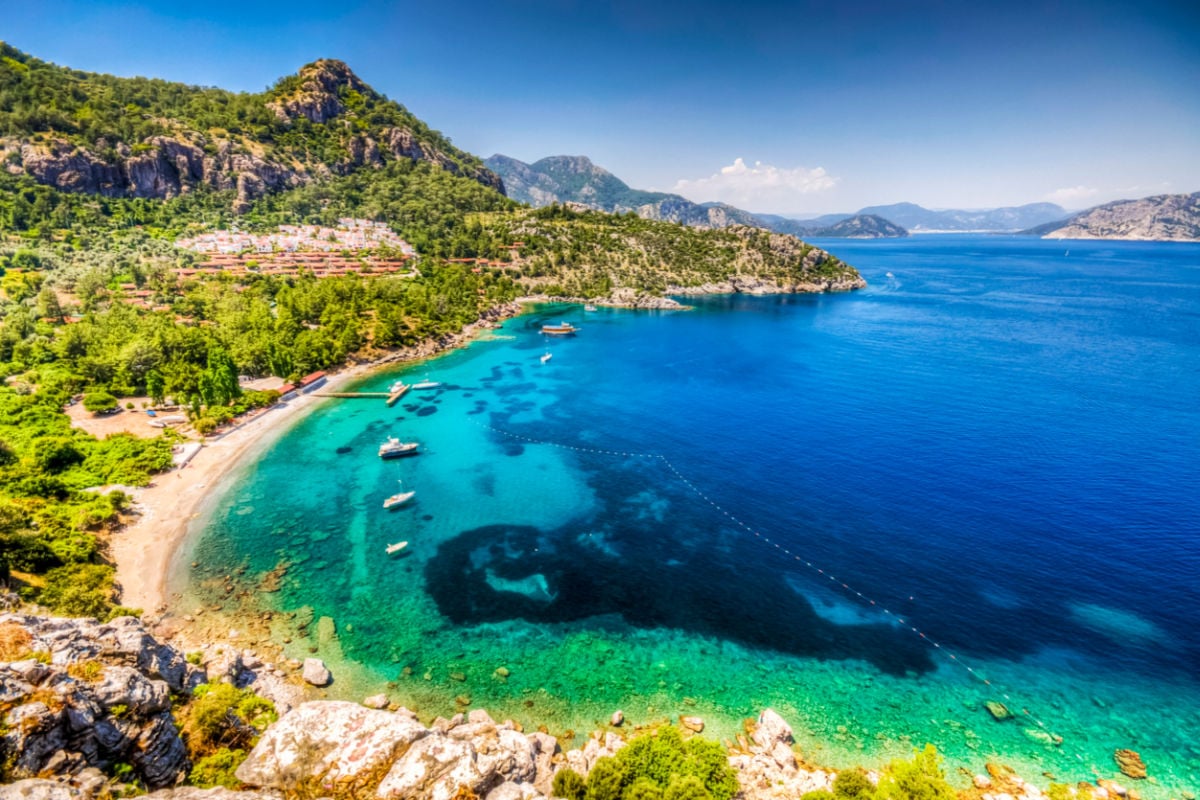 The 5 most affordable summer destinations in Europe for 2022

The obvious way to make travel more sustainable is to reduce consumption, thus releasing less CO2 into the atmosphere through transport, accommodation, food and waste.
But as the economic losses resulting from the pandemic have demonstrated, tourism is a powerful distributor of wealth. Managed responsibly, it can bring about significant changes, ranging from improving local infrastructure, education and health care to safeguarding culture and human rights. The following suggestions are by no means exhaustive, but can help reduce the negative impacts of our footprint while amplifying the positive aspects.

Take into account your historical travel habits – they may have involved one long-haul trip per year or perhaps several short stays. Traveling less frequently but for longer can bring greater economic benefits to the destination while reducing the environmental impact of multiple trips. For example, you can visit Berlin and the German Baltic Coast, Naples and Puglia in Italy or Valencia and the Costa Blanca in Spain, using public transport to cover the distance between the two.

Tour operators are tuning in, offering the flexibility to customize a vacation rather than offering out-of-the-box packages of one or two weeks. For example, Citalia offers several Italy by Rail routes, such as a two week trip from Rome to Sorrento to Sicily.
Think about the mode of transportation

Tour operator Byway was launched last year to promote ‘travel through, don’t overfly’ – selling non-flying vacations in the UK and Europe, from Cornwall to Corsica. Seat61.com also provides a detailed resource for planning train travel around the world.

To calculate the difference between airplane and alternative transport, EcoPassenger compares emissions. For example, taking the train from London to Barcelona would produce 19.5 kg of CO2 while flying would pump 108 kg.

According to the Air Transport Action Group, worldwide flights produced 915 million tonnes of CO2 in 2019, with aviation responsible for around 2% of all human-made emissions.

If you decide to fly, think about how much CO2 the flight will emit. A young fleet of narrow-body, high load-factor aircraft – which tend to be operated by low-cost, short-haul airlines – will result in lower emissions. The difference on a London-Barcelona flight could almost double depending on the airline.

Airlines are starting to invest in new, more fuel-efficient aircraft as well as sustainable aviation fuel from waste. Some are also investing in the development of hydrogen aircraft, the only waste of which is water. Manufacturer Airbus said the planes could be ready for development by 2035.

One night in a hotel can produce up to 30 kg of carbon dioxide. Choose accommodation built with environmental certification (Leed in the United States, Breeam in the United Kingdom, Verde in Spain) and whose operations are audited by an organization such as Green Tourism or the Global Sustainable Tourism Council are good points of reference.

Homes that use, or even produce, renewable energy, grow their own products as much as possible, and provide incentives for the use of public transport are also beneficial.

Other things to consider are how sewage and waste is handled, how much food is consumed and wasted, how much plastic is used, and whether air conditioning is used.
Sites such as ecobnb.com, greentraveller.co.uk, staybeyondgreen.com, bouteco.co, and bookdifferent.com are good resources.

Personal responsibility is also a factor – open a window rather than turning on the air conditioning, bring your own toiletries, use the same towels and linens throughout your stay, and only turn on the lights in case of need.

Supporting local businesses is a good way to realize the positive effects of tourism. The money you spend will go directly to the destination – while the UN calculates the benefit can be as low as 5 percent in some mass tourism models. A travel package can offer financial incentives by covering all costs associated with the vacation as well as financial security, but think about where that money goes.

More and more travel agencies are making their customers aware of this. For example, G Adventures has a “Ripple Score” which calculates how much money is left in the destination and the operator says it is “committed to improving” the lower scores of its tours “where possible”.

B-Corp Certified Travel Agencies (travelbybcorp.co.uk) are verified to balance people with planet and profit. Member Intrepid Travel, for example, has a nonprofit foundation that improves livelihoods through sustainable travel experiences. Projects include improving girls’ education in the Atlas Mountains in Morocco and conservation in Torres del Paine National Park in Chile.

In the field, visits and experiences can also support the local business. Charities and nonprofits can raise funds by welcoming tourists through Airbnb’s social impact experiences, such as visiting Lyon’s traboules and supporting the city’s history and art.

Be aware of the destination

Consider the volume of tourists in relation to the population density of the destination. Will you add pressure? Some destinations, such as Machu Picchu or the Galapagos Islands, limit the number of visitors to protect the environment. Others levy a tourist tax to help fund conservation, while others still temporarily shut off tourists.

We can also take our personal responsibilities, for example by visiting “second” cities (swapping Amsterdam for Utrecht, or Dublin for Cork) or alternative routes such as the Lares trek instead of the Inca Trail in Peru. The Greek islands of Mykonos and Santorini are popular for a reason, but there are dozens more to explore that only receive a fraction of the number of tourists.

A third of the world’s food production is wasted each year – and according to the Sustainable Hospitality Alliance, around 18% of annual food waste in the UK is created by the hospitality industry.

Increasingly, hotels and accommodation providers are committed to reducing the amount of food wasted. Buffets and portion sizes are addressed, while technology is introduced to analyze why food is thrown away. Some hotels donate leftover food to charities and food banks. Consider where the food comes from: Are the fish, fruits and vegetables local or have they probably been imported? The same goes for seasonality. And how much food is it reasonable to eat at an all-inclusive resort? Cutting back on meat and dairy products can also help.

Stay close to you

Despite the weather, the UK has as diverse a proposition as many long-haul destinations, ranging from the warm microclimate of the Isles of Scilly to the snow-capped mountains of the Scottish Highlands, geological quirks and magnificent wildlife. There are sleeper trains that cross the country, small boat adventures to distant islands, challenges for hikers and cyclists, and thrills for adrenaline junkies that can include cliff camping or rock climbing. fastest zip line in the world. Before looking for that great adventure, first take a look at what’s on your doorstep.

The natural landscape is restored by projects all over the world. The goal is for nature to take care of itself, for ecosystems to become healthier and for biodiversity to increase.

In the UK, Rewilding Britain aims to restore 5% of land to nature, creating “opportunities for new, resilient nature-based economies”. Key species of native fauna are also introduced, including native cattle and beavers. Projects include areas such as the seabed and coast around the Isle of Arran, the grounds of Knepp Castle in Sussex, Wicken Fen Nature Reserve in Cambridgeshire and Wild East in East Anglia. The Scottish Rewildling Alliance also brings together like-minded projects, as does Rewilding Europe and European Nature Trust (Tent).

Tourism plays a role in providing income to support these projects, from the Fritton Lake Holiday Park (part of Wild East) to the Alladale Wilderness Reserve in Scotland and a variety of wildlife viewing trips in European rewilding projects, such as the Carpathian Mountains of Romania (with Tent and the European Safari Company).

Beware of the “eco” label

Being in a natural environment does not necessarily mean that you are an ecotourist. Ask yourself if nature, people and climate are taken care of.

Souvenirs to take away

Hunting for souvenirs is an integral part of the vacation experience, but it might not always be the best buy. The items may have been made several miles from where they are sold and represent the host community poorly, if at all. They can also be illegal, for example if they are made from coral or ivory.

Local crafts are a better option and are less likely to end up in the back of a drawer once you get home.

Previous The fight continues for the future of America’s coral reefs
Next In Pictures: How Climate Change Reshaped Earth With Extreme Weather This Year On Thursday morning (21), the President of the Civil Aviation Council of the Dominican Republic …